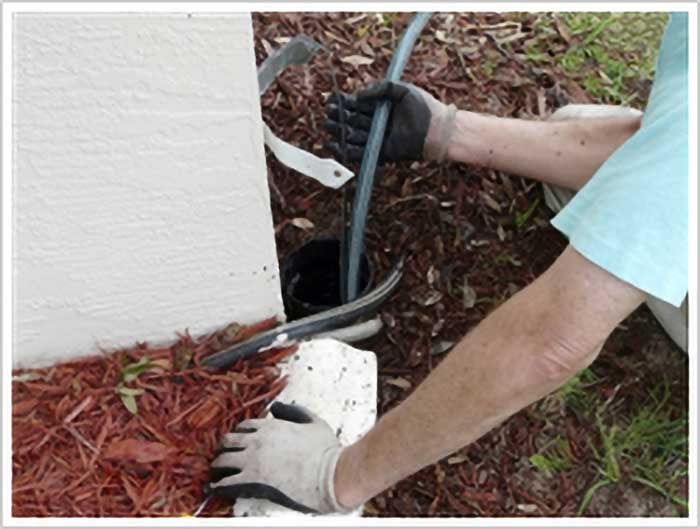 The Benefits of Pipe Relining in Kansas City

There are few things Kansas City homeowners dread hearing from their plumbing contractor more than that their pipes need replacement. It’s an expensive and time-consuming process, but the alternative—letting leaks and holes in their pipes to grow, wasting water and potentially causing contamination—is even worse.

Pipe relining gives homeowners a less expensive alternative that doesn’t involve tearing up their yards. Relining a pipe involves inserting a liner into a pipe that bonds to the pipe and covers holes in the pipe. The liner is as strong as, if not stronger, than the pipe it replaces.

To reline a pipe, A-1 Sewer & Septic Service, Inc. will insert a camera into the pipe to assess damage and to determine whether relining will work. Once a liner is determined to be the suitable repair, A-1 will flush the pipe with a high-pressure jet of water, if necessary. Next, a seamless, flexible liner is cut to size and treated with an environmentally safe resin. The liner is inserted into the pipe using compressed air. A-1 will then allow the resin to cure over a set period of time.

Unlike replacing pipes, which requires plumbers to dig a huge trench in your yard, pipe relining requires only a small hole to gain access to the pipe to insert the liner. It’s also much faster than pipe replacement.

Listen To Our Satisfied Customers

“I have used A-1 on several occasions and the service has always been speedy and of high quality. I always appreciate the coupons you have online”

“Tim was very knowledgeable! I would definitely have him back out. Thanks!”

“Chuck arrived within 30 minutes on a Sunday and was extremely professional and curtious. I’ve been using A-1 annually for 10 years now to clean roots out of my main and the price is always fair and the staff always top notch. Just wanted to say thanks again to Chuck.”

“Hired them to clean out tree roots from main line. Were on time and did a great job. Have used them before and never been disappointed.”

“A-1 was excellent! I recommend them to all. Chuck was so great to work with and gave us really great advice to keep our pipes clean. Thank you!”

“A-1 is the best for sewer & septic issues! They’re responsive, quick and so helpful! We had a main line issue and that night our kitchen sink backed up. They had the same service tech out the next morning. Very professional and reliable. We’ve never had anything but amazing service from A-1!”