It is not uncommon for homeowners to encounter unpleasant odors in their household sinks or water, and when they do, they want to go to the source of the problem and find out what is causing their water or sinks to smell unpleasant.

If you are experiencing an unpleasant odor in all of your water faucets, then you most likely have a problem with the main water supply. On the other hand, if the smell is only coming from certain faucets, the problem is probably located in the fixtures or pipes involved in those specific faucets.

DOES YOUR SINK SMELL LIKE ROTTEN EGGS OR SEWAGE? 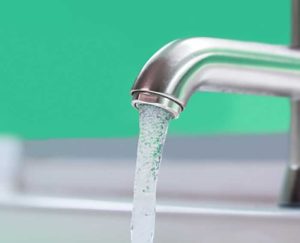 If you are experiencing a rotten egg (sulfurous) or sewage-like odor in certain sinks, it is likely a result of bacterial activity, which can be caused by bacteria growth inside the drain: This is the most common cause behind foul odors. As time goes by, hair, soap, and other organic matter accumulate in the walls of the drain, causing a gas that smells like rotten eggs or sewage.

How do you tell if the odor is coming from the drain? Fill a glass with water from the sink that smells, then step away from that sink and swirl the water in the glass a couple of times. If the tap water in the glass does not smell, then the problem is the drain and you will want to disinfect and flush the drain.

ANOTHER CAUSE OF ODORS: WATER HEATERS

Foul odors can also originate in plumbing systems, or in water heaters. When organic matter is trapped in the plumbing, it can release sulfur or sewage-like odors that interact with the chlorine in the water.

While foul odors can be coming from the drain, they can also originate from water heaters that have not been used in a while. When you move into a house that has a water heater that has not been used for some time, we recommend flushing the system.

THREE BACTERIA YOUR SINK MAY BE HOSTING

Your shiny new kitchen sink may provide luxury living quarters for a variety of microorganisms harmful to human health. High moisture levels common to areas around kitchen sinks create optimal conditions for bacteria to thrive. In fact, it’s been estimated that a kitchen sink may contain more bacteria than your bathroom sink.

Some common forms of harmful bacteria found in kitchen sinks include: 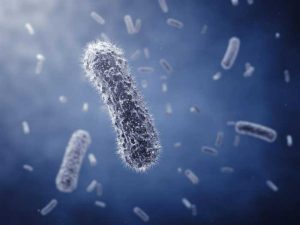 To reduce your risk of infection from kitchen bacteria in Kansas City, KS, be sure to scrub your drain, sink, and spigot with disinfectant regularly, reduce moisture by wiping down the sink after use, and quickly fix any clogged drains in your sink to prevent the accumulation of bacteria.

Washing Machine Repair in Kansas City, KS
IF THE WATER IS STAYING IN THE WASHING MACHINE
Does the water sit in the machine after your load has…

Ways to Prevent Your Pipes from Freezing in Kansas City

You can’t stop the cold weather, but you can prevent pipes from freezing. First,…

Read More
Recent Posts
Back to the top